The nursing world has been buzzing for the last week due to a recent call into the investigation of nurse staffing agencies’ salaries. As staffing shortages surge due to burnout, the pandemic, and a slew of other problems, travel nurse agencies have come to fulfill the need.

During this, pay rates have increased to attract additional nurses. However, that has also drawn attention from federal and state legislatures.

Let’s take a look at a few of the details, the overall response from nurses, what you can do to help, and consider the systemic implications that have contributed to the current actions. 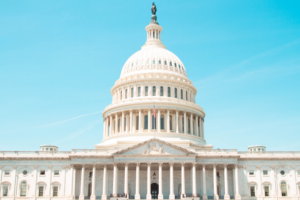 There have been several moves to cap travel nurse wages both on the state and federal levels.

On the federal level, several members of Congress from both parties have submitted a letter to the White House regarding research surrounding staffing agency price gouging.

Though no official legislation has been proposed federally, some state bills have already come to light.

For instance, Representative Timothy Bonner of Pennsylvania proposed a bill that requires staffing agencies that provide staff for long-term care facilities to register with the Department of Human Services in order to operate in the state. This would not only give the State oversight of staffing needs but would also allow them to impose caps on wages.

Other states have previously enacted something similar prior to the pandemic and this new surge concerning wages. Minnesota and Massachusetts currently already have similar laws, though they were required to be altered during the pandemic to accommodate the need.

What Has The Response Been?

In short, there hasn’t been a very good response from the nursing community, and for good reason.

For one, there has been backlash because the individuals leading the charge on this matter, have never been and do not understand what it is like at the bedside.

Another concern that has been brought to light is that top administration is still making millions a year, while the concern is about cutting those who are giving the best patient care they can without much support.

One of the points that were made by long-term care agencies was the staffing shortages that the travel nursing agencies are creating with salaries far more than permanent positions. However, the response to that from nurses has been from two viewpoints.

The first is that with travel nursing they are sacrificing a lot about their life. They also feel that they are finally getting paid a fair wage for the staffing shortages they are put into to help.

These points have been raised by nurses not only through traditional media channels but also all over social media as well.

What Can Nurses Do About It?

Luckily, there is always a way to voice your opinions.

If any wage cap legislation passes, many nurses have talked about a formal strike or an informal strike of travel nurses not picking up any new assignments.

Additionally, you can also sign one of the petitions against any movement on the wage cap on Change.org.

Of course, speaking out on social media platforms brings awareness to others in and out of the industry to move others. The more you talk about a problem, the more attention is brought to it to bring solidarity against the issue.

Systemic problems are really what has caused this problem in the first place.

For instance, improper pay and management throughout hospitals created a staffing shortage before the pandemic was even a factor. Add on the extra stress and volume and it became worse furthering the demand for travel nurses to fill the gaps. To encourage nurses to travel, leave their families, and dive into a way less than perfect bedside situation, the pay had to increase.

This is just one example of how systemically, the system as a whole has a host of flaws that just capping travel nurse pay won’t necessarily fix.

This topic can be summarized into one sentence: State and federal governments are moving in to try and cap travel nurse wages and nurses are not happy about it!

Check back regularly for the most up-to-date information as it comes out! But first, join the conversation. What do you think about this?

Katelyn has a Master’s in Healthcare Administration and five years of clinical experience. She has made the shift to full-time freelance writing and enjoys covering topics on nursing careers, lifestyle, and community. Her goal is to help start a conversation and spread awareness around the many ups and downs of the healthcare field.

Hand Hygiene: Shocking Statistics & How To Take Care of Your Hands

We’ve done the math on how many times nurses perform hand hygiene, plus some shocking facts and a few tips on how to take care of your hands as a nurse.

Celebrate Pediatric Nurses Week as we talk about what pediatric nurses do, ideas for showing appreciation, and a breakdown of how to become one. Don’t miss this!

Ever wonder, what is with nurses and coffee? I mean, why do nurses love coffee? So many of us depend on that rich, hot java to jumpstart a shift.